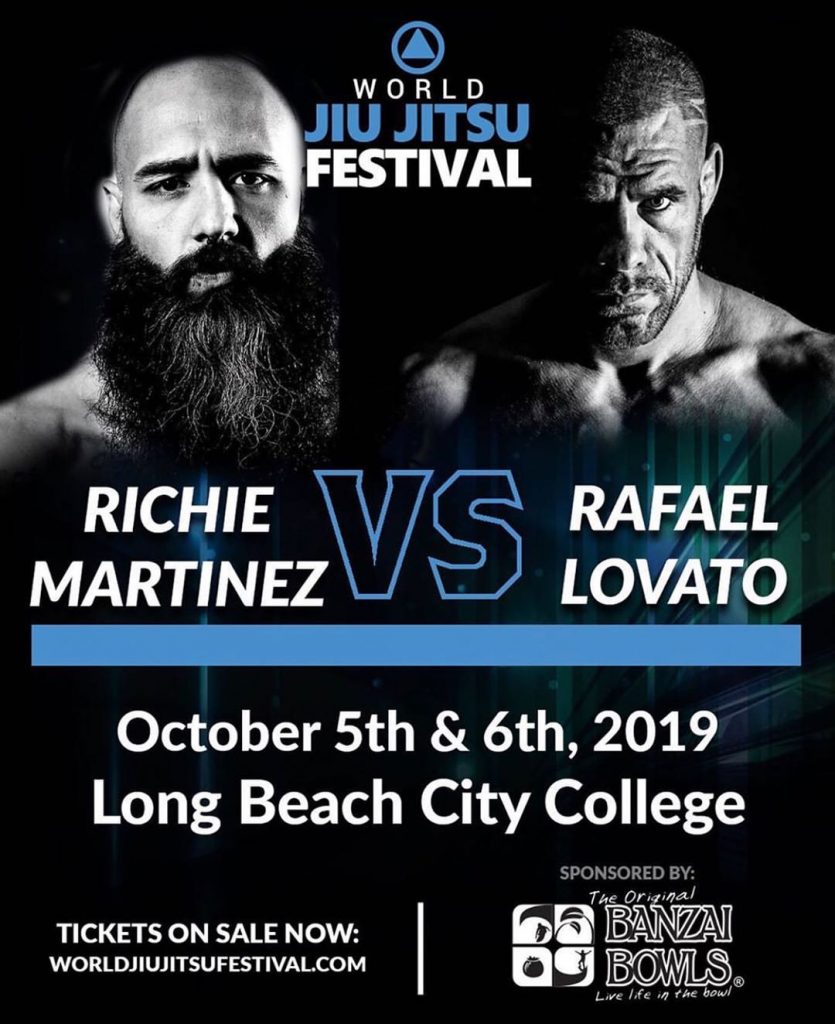 Richie “Boogeyman” Martinez will face off against Rafael Lovato Jr. in a superfight at the World Jiu-Jitsu Festival, as announced by the Festival’s social media accounts.

The match will be a fifteen-minute no-gi sub-only bout. Martinez’s brother, Geo, will also be competing in a superfight at the Festival against Gabriel Sousa. The event will take place on October 5 and 6 of this year.