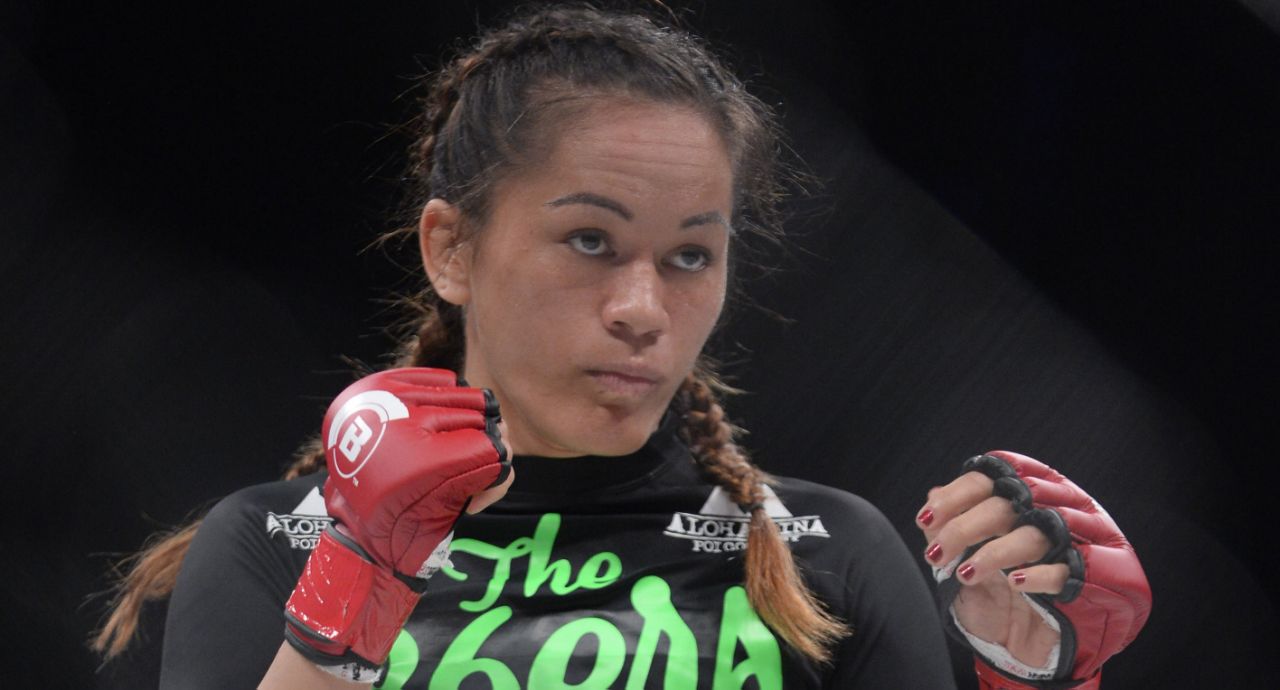 Ilima-Lei Macfarlane refers to herself as “the accidental champ.” The last thing Macfarlane ever envisioned for herself was a career as a professional fighter.

Even when she realized that she had a talent for mayhem that she hadn’t previously understood, she’d have the kinds of self-doubts, worries and fears that the rest of us do about our jobs and our daily lives.

Getting punched in the face, kicked in the head and/or slammed on your back isn’t the easiest way to make a living. It takes something special inside to make one willingly climb those steps and engage another human in front of the world.

Macfarlane has become one of the best women’s mixed martial artists in the world and on Saturday, will make the second defense of her women’s flyweight belt against veteran Valerie Letourneau in the main event of Bellator 213 at the Blaisdell Center in Honolulu.