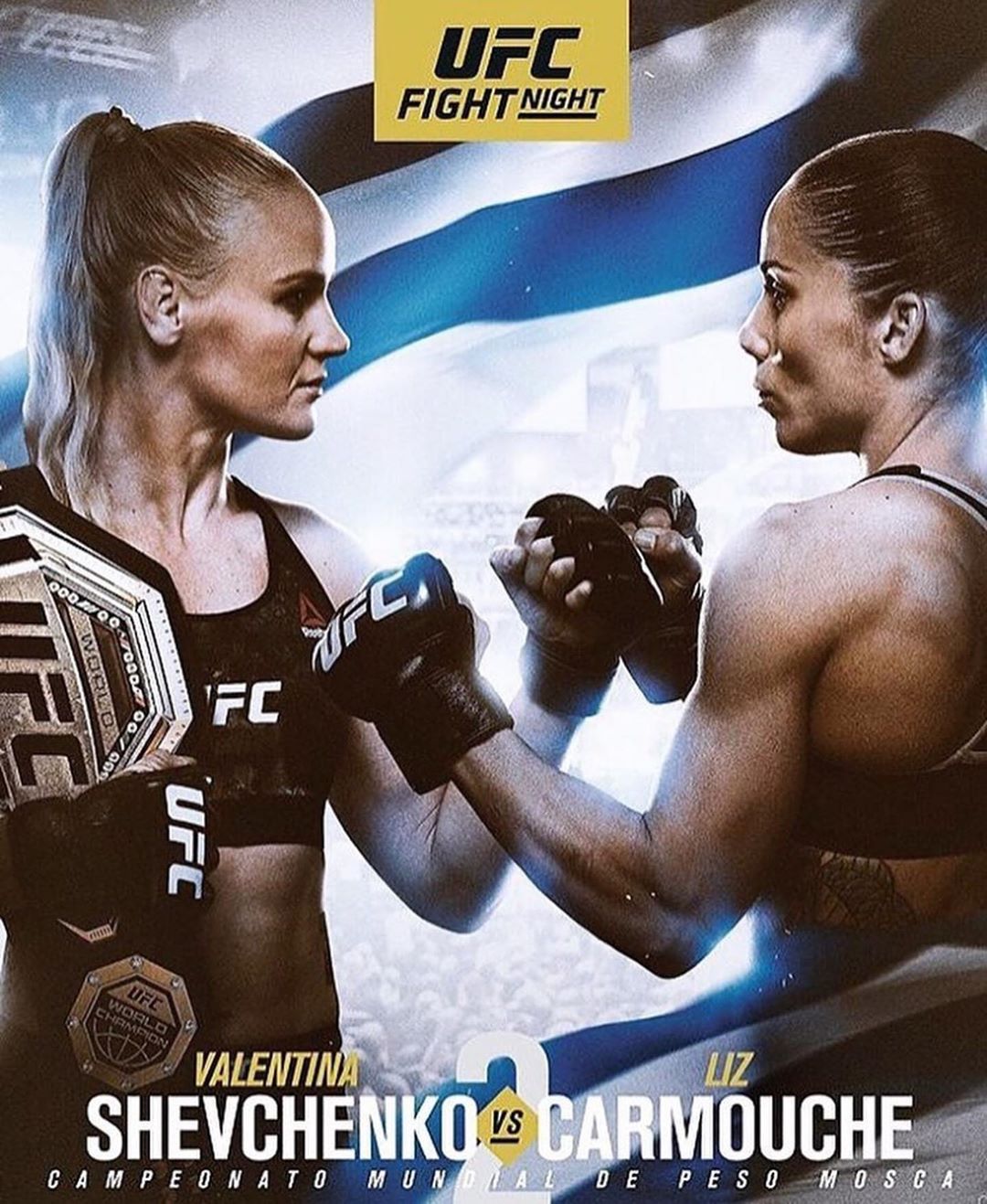 A mini oral history of the first time Liz fought Valentina Shevchenko – a look into the early days of MMA and Liz’s career of always being up for a challenge!

Carmouche: I was actually supposed to fight her sister, Antonina. At that time, I think her sister had a few kickboxing matches, but nothing too extensive. I was brand new. I was as green as green could be.

We were contacted by an organization called C3 in Oklahoma. We showed up and saw the poster and were like, “Wait a second. Something doesn’t look right. I thought Antonina had brown hair and she’s orthodox. This woman has blonde hair and is standing southpaw.”

And the promotion said, “No, no. You’re fighting her sister, Valentina.”

And I was like, “Oh, isn’t that the one who has been doing this for, like, 10 years and is a Muay Thai champion?”

I don’t think Valentina knew. I think it was the promoter. I heard later on, from other people, that promotion did some shady things. My coach, Manolo Hernandez, told them, “We flew all the way over here, and you’re trying to put one over on us. This is really messed up. Liz is brand new.”